The word braai is Afrikaans for "barbeque" or "grill" and is a social custom in Southern African countries. The term originated with Afrikaans-speaking people but has since been adopted by South Africans of many ethnic backgrounds.

The word can be regarded as another word for barbeque, in that it serves as a verb when describing how food is cooked and a noun when describing the cooking equipment, such as a grill. The traditions around a braai can be considerably different from a barbeque, however, even if the method of food preparation is very similar.

A braai is a social event which is casual and laid-back, where family and friends share a traditional outdoor cooking experience.

Shisa nyama is a term used in many South African townships to describe an informal barbeque or braai where friends come together near a butchery, to grill meat on an open fire. The site is usually provided by the butchery owner and only people who buy meat from the butcher are allowed to use the facility. Shisa nyama is a Zulu phrase and it literally means "burn meat".

There are several different methods of braaiing , and these methods can be broadly separated into the following categories:

is a fast, high heat method of cooking directly over a fire or glowing coals. Grilling requires a high temperature â typically in excess of 315 0C and the cooking time is measured in minutes. The high heat sears the surface of the food and seals in the juices.

is a long, slow, low-heat , indirect cooking method that uses smouldering charcoal or wood to cook the food in the presence of abundant wood smoke. The heat source is often in a separate chamber to the food being cooked. Barbequing requires a low and slow approach â temperatures range between 1100C and 1350C and cooking times generally fall between 6 and 12 hours. Barbequing is generally done with large chunks of meat like whole pigs, pork shoulders or large cuts of brisket.

is a hybrid approach to cooking which bridges the gap between direct grilling and barbequing. The food is cooked adjacent to the heat source and not directly over the fire. However, the food and the heat source are in the same chamber and cooking can be done with or without wood chips that produce smoke. Typical cooking temperatures range between 1600C and 2000C (typically 1800C). This method essentially turns your braai into an oven, enabling you to cook food without burning it. It is more forgiving that direct grilling and a lot faster than true barbequing.

is one of the oldest methods of preserving foo. It is technically the same as barbequing in that it is a slow, low-heat, indirect cooking method that uses smouldering charcoal or wood to cook the food in the presence of abundant wood smoke. The smoke is generally created by pre-soaked flavoured wood chips and smoking temperatures typically range between 1100C and 1350C. Smoking is often done to fish, poultry, red meat and game.

There are several different fuels which can be used for braaiing, each with their own advantages and characterisitics.

is an all-natural product made by burning wood in a kiln with little or no oxygen. Because of this process, it has the advantage of burning hotter and drier than gas, so it is ideal for searing meats, seafood and vegetables. Although it is easy to smoke on a charcoal braai, the charcoal itself generally imparts no intrinsic flavour. Charcoal and briquettes are also generally readily available.

are blocks of flammable material used to start and maintain a fire. The compressed blocks generally contains some or all of the following ingredients and other possible derivatives: fuel (coal dust, charcoal or wood), release agent (borax), accelerant (sodium nitrate or wax) and binder (petroleum, starch or wax). Briquettes should be completely lit and starting to ash before braaiing so as not to impart a petroleum taste to your food.

has the advantage of easy starting and simple heat control. If you light and pre-heat a gas braai properly, you will get virtually the same searing properties that you get with charcoal coupled with the convenience. Gas also imparts no intrinsic flavour, but you can add smoker boxes and wood chips to add some smoke flavour.

for most braai masters is the ultimate fuel. Braaiing over wood not only gives you enough heat to sear, but also a delicate smoke flavour (more subtle than barbequing or smoking). While wood is considered the ultimate fuel for braaiing, it does loose heat quicker than charcoal or briquettes. 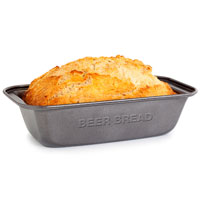